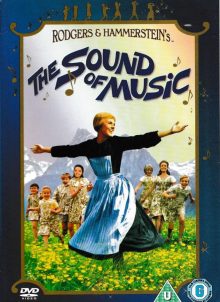 On Wednesday 18 October at 7pm there will be a showing of the film The Sound of Music in St Andrew’s and St George’s West Church followed by a short discussion.

The showing will include subtitles and members of the audience are invited to sing along and even dress up!

The Sound of Music is a magical heart-warming story which has become the most popular family film of all time.  It tells the story of a spirited young woman, Maria (Julie Andrews) who leaves the convent to become governess to the seven children of the autocratic Captain von Trapp (Christopher Plummer).

Apart from the obvious issues raised in the film of family values, love and nationalism the discussion will also look at where God is in the story.

The evening is organised by David Todd through Greenside Arts & Entertainment Outreach in partnership with Edinburgh City Centre Churches Together.

This follows recent trips to cinema and theatre and the recent showing of the film The Shawshank Redemption in the Omni Centre led by David Todd. David is Arts Outreach Project Leader for Greenside Parish Church in partnership with Edinburgh City Centre Churches Together.