Composers in their Lives and Music

A series of lunchtime performances by young Scottish musicians – with biographical reflections. 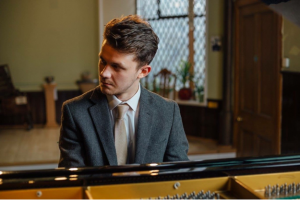 Drew started learning piano at an early age, taking lessons from his grandmother, Mary Hood, who started his passion for music. In 2012 he began his studies at Edinburgh Napier University receiving tuition from Simon Coverdale and has recently achieved a first class honours degree and has been awarded the Makin Piano prize. Since joining the university, Drew has performed in a number of concerts and joined several ensemble groups such as the Edinburgh Napier Chamber Choir and Orchestra. Drew is the current organ scholar at St Andrews and St Georges West church receiving lessons from Brigitte Harris and also sings in the choir. This year Drew will be continuing his teaching and performing work with plans of further study in music. 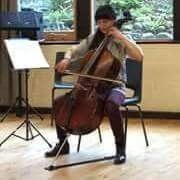 Joanna Stark is in her second year of study on the Bachelor of Music Programme at Edinburgh Napier University, studying cello under the tutelage of Robin Mason. She enjoys her academic studies as well as her involvement with the University’s orchestra, choir and contemporary music ensemble. Her musical background stems from classical to folk training on cello, violin and piano. Recent engagements have included performing with the National Youth Orchestra of Scotland and singing with the Choir of St Andrew’s and St George’s West, with which she is currently undertaking a choral scholarship.