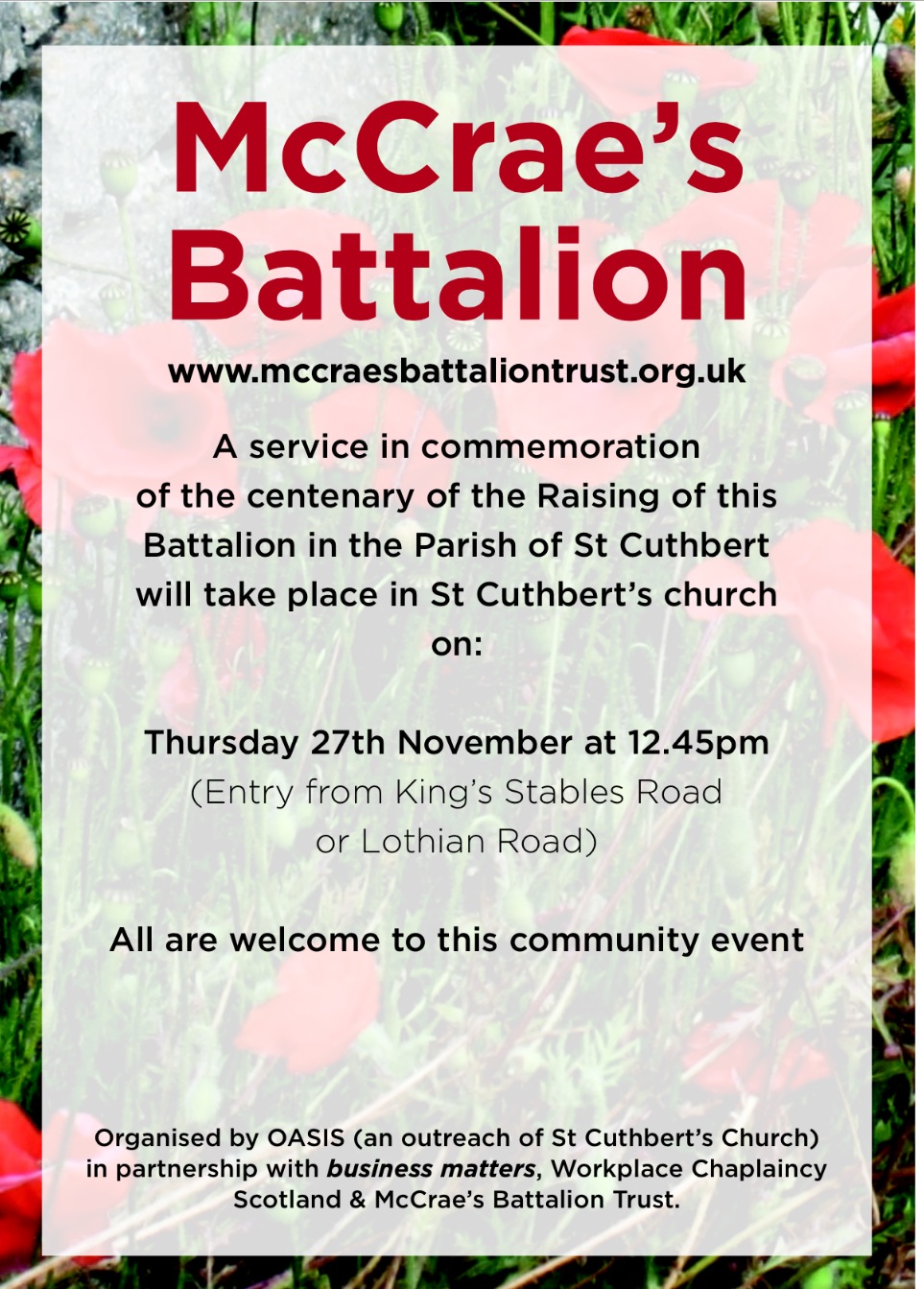 A service in commemoration of the centenary of the Raising of McCrae’s Battalion in the Parish of St Cuthbert will take place in St Cuthbert’s Church on Thursday 27th November at 12.45pm.

This Battalion of young Edinburgh men, from all walks of life, was officially, the 16th Royal Scots. It is perhaps better known by its affectionate name, McCrae’s Battalion, after its charismatic colonel, Sir George McCrae.  It is also known as the Sporting Battalion because it was largely composed of professional and amateur sportsmen including 16 players from Heart of Midlothian and 500 of their fans.

We, in the City Centre Churches, all have an interest in this Battalion not just because past members of our families may have served in the Battalion and belonged to our churches (as is the case in St Cuthbert’s) but also because the 1350 men who signed up after the meeting in the Usher Hall, 100 years ago on the 27th November 1914, made their way, on foot, down Lothian Road, past St Cuthbert’s and St John’s, to sign up in Castle Street. Additionally the Padre to the Battalion was The Revd James Black, later to become the Minister of what was then St George’s West, now St Andrew’s and St George’s West and who subsequently became Moderator of The General Assembly of Scotland. The men left to go to war from the Waverley Station, the great majority of them never to return.

Everyone is warmly invited to attend.