Join us for an Evening of Classical Guitar and Choral Music!

On 29 September, STAGW will be the setting for a concert starring the Church Choir, led by Brigitte Harris, and Syrian classical guitarist, Ayman Jarjour. Since his recital debut in Damascus,  Ayman has been actively performing in the Middle East, Europe, the US, Africa and the Far East. He received his Bachelor’s degree from the Royal Conservatory of Music in Madrid and a Master of Music degree from the prestigious Juilliard School in New York. Ayman performs a wide range of the classical guitar repertoire, ranging from traditional Spanish/Latin American, through Baroque and Classical, to contemporary music.

After the concert, a light buffet (including Palestinian food), wine and soft drinks will be served (covered in ticket price).

This is a fund-raising event and proceeds will go to Palcrafts (UK), a charity which aims to reduce poverty in Palestine by selling Palestinian goods through Hadeel, its Fair Trade shop at 123 George Street. After expenses are paid, profits from the shop go back to Palestinian artisans and craft workers in the form of small grants to support and develop their businesses. There will be a stall selling Hadeel products at the concert.

Tickets for this event are available in the church office and in Hadeel. 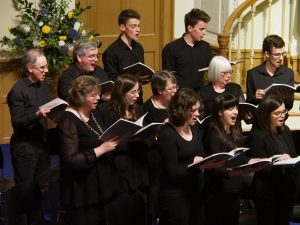 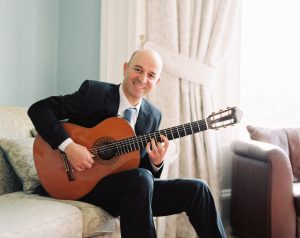